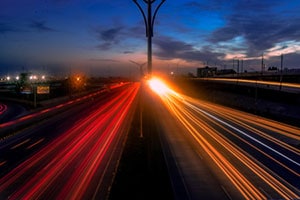 Federal Highway is one of the main thoroughfares of Broward County. They are the numbered highways that many of us use to travel up and down the state and are much more prevalent in the east coast. The main roadways for Fort Lauderdale for example, are Interstate 95, which travels up the east coast of Florida; Interstate 75, which travels to the west coast; 441 (State Road 7); Florida Turnpike and Federal Highway.

Types of Car accidents in a Federal Highway

Many of these can be avoided by using common sense and making sure to always have your foot ready for the brakes and being a defensive driver. But even with those precautions, you may still end up suffering in a horrific accident. If that happens, then you will need to have the proper legal representation to make sure you are fairly compensated for any and all damages that you suffer as a result of a Federal Highway car crash.

“Damages” doesn’t simply mean physical stress. It can also apply to psychological stress that is dealt to you as a result of having to miss work, pay medical fees, and deal with physical rehabilitation and recovery thanks to a car accident in Fort Lauderdale.

Federal Highway can be dangerous while full, but it can be equally as dangerous during the night. Even during the small hours of the night, it can be host to drunk drivers making the precarious decision to go home after a night of drinking, or to people thinking that the lack of other cars is an invitation to race down the road illegally. Whatever the reason might be that you find yourself in an accident, dealing with it all yourself can be a near impossible task. A Fort Lauderdale personal injury attorney can help take much of the stress of dealing with medical bills, and any other stress that can come from an injury as a result of a car crash in Fort Lauderdale.