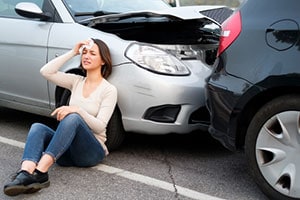 One of the most common car crashes, not just in Fort Lauderdale but perhaps across the country, is rear-end car crashes. They can happen suddenly and without warning, many times at places where cars need to stop quite suddenly, such as at stop signs, rush hour or at the occasional pedestrian crossing. These types of crashes are handled regularly by our Fort Lauderdale rear end car accident lawyers and they can give you all the information you need to know your rights and your options of what to do after the crash. We recommend that you call Fort Lauderdale car accident lawyers at Wolfson & Leon at (954) 289-5954. They can give you a free consultation with no obligation and they never charge a fee unless they make a recovery for you.

There are quite a few types of debilitating injuries due to rear-end collisions. Some of the serious injuries can include:

Wolfson & Leon has fought the good fight for car accident injury victims in Fort Lauderdale and throughout Florida since 1963. Their personal injury team of lawyers and paralegals are bilingual and are ready to help you after your Fort Lauderdale rear-end accident. There is no doubt that you will want to hire the best Fort Lauderdale car accident attorney that you can locate so take your time and do your research. Make sure you get the right lawyer for you and your loved ones.

The Fort Lauderdale car accident lawyers at Wolfson & Leon are ready to help you, all you need to do is call us at (954) 289-5954, to get your no obligation free consultation.