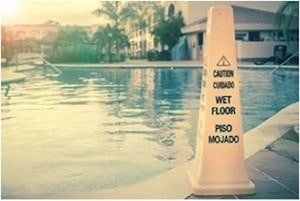 The time you spend outside of your house is, unfortunately, borrowed time. It may seem like a shut-in thing to say, but it is an unfortunate reality that every single human being must live with. What we mean by this is that accidents happen, and if you've found yourself in one, then we want to hear from you. Accidents can be debilitating, humiliating, and sometimes incredibly tragic.

It ranges from car accidents, trip and falls, wrongful death accidents, and much more. Of course, some of the worst are slip and fall accidents. These tend to be due to the negligence of another and has a high chance of happening. Especially when the establishment that you're in, be it public or private, is not taken care of with as much attention as necessary. When we say this, we mean things such as unreasonably slippery floors, cracked flooring or pavement, spilled food or drink and all other assortments of possibilities. They can leave you with your back on the floor, your eyes towards the ceiling, and pain shooting through your body. You could suffer from several injuries due to an accident such as this, and even if it can be easy to dismiss, it is essential to know what you could suffer from. Some of the injuries that could occur due to a slip and fall include:

Any of these have a possibility of occurring, and you should take steps to be prepared if you face such injuries. With that being the case, we recommend you get in contact with lawyers at Wolfson & Leon. They've been in service since 1963 and have had 55 years of service towards the good people of Fort Lauderdale and beyond including those in North Lauderdale. One call to them and you'll be speaking to a Fort Lauderdale accident attorney in a free consultation. There you can get the information you need towards putting you on the path towards the compensation that you deserve. Call today at 954-289-5954 and don't wait a moment longer.

Created around the same year that Wolfson & Leon was established, North Lauderdale was once farmland that sat on the western edge of Broward County. It wouldn't be until Morris Lapidus, a famed architect, saw the opportunity to work with a blank slate, and sculpt the city from nothing. He wished to build his own "City of Tomorrow" focusing on unique designs for roads and foundations. Soon enough, a call for single-family homes was made, and the designers of the city bought out more land, creating what we now see as North Lauderdale proper. The development attracted the rich and famous, through the 1970s and beyond, the city now prosperously sits at a comfortable 41 thousand residents at the year 2010 and is only looking to expand more and more.

Jonah Wolfson and his bilingual team of Fort Lauderdale slip and all attorneys helping North Lauderdale victims are standing by for your call. He and his team have been helping thousands, and there is no reason you should not avail yourself to their help. They can speak to you over the phone or live if needed and go over the details for your case. At Wolfson & Leon, we believe that a knowledgeable client is a happier client. We don’t want to keep anyone in the dark, and you’ll be given a step by step discussion on what to expect in the coming months of your case. Call them today at 954-289-5954 and see to it that you’re put on the path towards recovery.