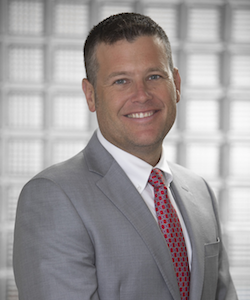 Jonah M. Wolfson, Esq. was born and raised in Miami. He serves as the Managing Attorney for Wolfson & Leon in Fort Lauderdale. Jonah attended Boston College receiving his BA degree in English in 1997. While attending the Chicago-Kent College of Law, he served as an intern at the Cook County Office of the Public Defender, where he tried several cases to verdict. In 2001, Jonah earned his law degree and passed the Florida Bar Exam in the first sitting.

Following his completion of law school and admittance to the Florida Bar, Jonah worked for a well-known insurance defense firm in Miami. It was during these years that he gained valuable insight into personal injury law. He developed a deep passion for defending the rights of people who were injured by the negligence of others. By 2005, Jonah focused his practice on protecting the rights of people injured from the negligence of others.

From the first phone call to the final settlement, Jonah enjoys working with his clients from start to finish. Licensed to practice in the State of Florida, Jonah is a seasoned professional who represents clients injured in car crashes, slip and fall accidents, medical malpractice, and wrongful death claims.

Jonah has a heart for public service. He was elected as the Miami Beach Commissioner twice between 2007 and 2015. Jonah championed the “Let Miami Beach Decide,” Committee, which successfully defeated plans for a mega-development on public land. During his time, he chaired committees for Land Use, Finance, Flooding, and Sustainability. He is fully bilingual and those skills have served his constituents and clients well throughout the years.

Jurisdictions Admitted to Practice Florida, 2001
US District of Southern Florida, 2014