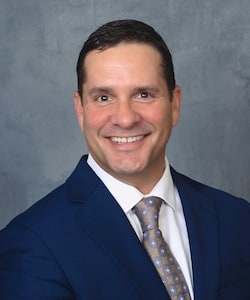 Alex J. Gonzalez, Esq., was born in Worcester, Massachusetts, and raised in Miami, Florida. He attended a local Catholic high school, Christopher Columbus HS, and graduated from the University of Central Florida (UCF), in Orlando, Florida. While attending UCF, he worked as a law clerk, paralegal and investigator for Egan, Lev & Siwica, P.A., a well-respected labor and employment law firm representing a variety of labor unions, from Teamsters, and Int’l Union of Operating Engineers, to NFL Players Association. Subsequently, he attended Roger Williams University (RWU), School of Law, in Bristol, Rhode Island. While attending RWU, he joined the local maritime association, and was a recipient of CALI Excellence for the Future Awards for Ocean & Coastal Law, Adv. Legal Writing, and others. While attending law school, he worked as an intern for Settipane & Associates in Providence, Rhode Island, an exclusive Plaintiff personal injury law firm. Upon graduation, he returned to South Florida and became licensed to practice in the State of Florida, and further admitted in U.S. District Courts of Florida.

Throughout his legal career, including as a partner in the Miami office of Quintairos, Prieto, Wood & Boyer, P.A., he has appeared in State and Federal courts throughout Florida, as well as in International Arbitration proceedings representing Cruise Line Guests (Passengers) victims, and valued Crew Member clients throughout the Caribbean, South America, India, and Southeast Asia. Alex continues to fight for Plaintiffs who are victims of others negligence.